You are here:
Design with care Seminar – Year 2 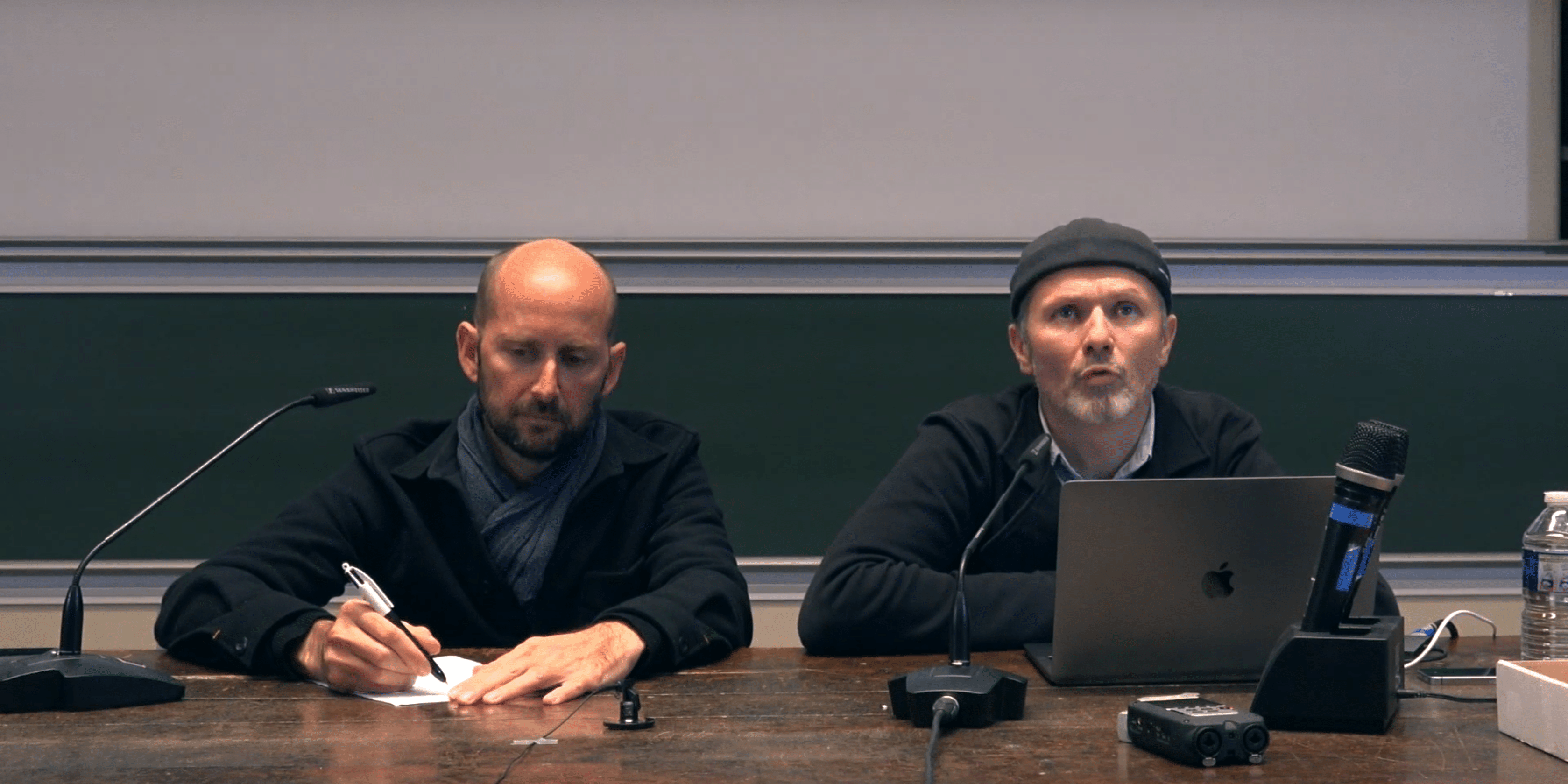 By taking a critical look at his professional practice, Alexandre Pennaneac’h attempts here to understand how service design can interface with the world of industry. In his talk, he addresses three dimensions of service design: taking care of the city (he has worked with local authorities for about ten years on subjects that raise questions about democracy); taking care of the human being (as design often places the user at the centre of its thinking); taking care of the future (in the form of an editorialization of work: thematised structures are then able to organise a narrative around their activity).

Caring for the city

The Rue de la République du Design is a project developed for the Saint Etienne Biennial in 2017. After a call for projects, schemes such as a cooperative supermarket, a communication agency or a care laboratory were selected. For five weeks, the development of the various projects generated 26,000 entries, which were listed in March. This experimentation led to a few observations: the goals of the residents and the people involved in this project were not necessarily the same. This discrepancy required clarifying the project to the inhabitants, an additional interpersonal dimension, which was not initially anticipated. In addition, it was necessary to find a way to sustain this project in the same way as an exhibition. Pennaneac’h illustrates the first part of his presentation with two other projects, the “Unicité, Concertation Publique augmentée (Unity, Coordination and Augmented Public)” project, initiated by Greater Lyon, and the “Vox” project launched in the city of Grenoble by the Cité du design and Les labos.

Pennaneac’h also presents the “Alimentation et culture hospitalière (Nutrition and Hospital Culture)” project carried out at the Saint Etienne University Hospital by the Cité du design, based on communication about nutrition in the hospital. The hospital of St Etienne possesses a central kitchen, as well as organic food and composting, but patients are unaware of this and make negative assumptions about it. The meal tray was used by the designer as a vehicle to communicate this information. The field survey also focused on the way in which the timing of the institutional meal regimen is sometimes unsuited to the subjects’ metabolism: the designers therefore combined this issue with the social dimension of the meal, by providing a collective pantry in the corridor. Finally, they tackled the question of how to enhance the complementary functions of the care professions, which they wanted to make visible. In the second part of his presentation, Pennaneac’h also discusses the “Interpré-tables” project, set up between Challenge IA, Erasmus, DSHE and Greater Lyon.

Caring for the future

In the last part of his talk, Pennaneac’h recounts the Larry’s Cosmic commune experiment, created by the artist Jerszy Seymour for the Design Biennial in 2017. This experiment, interspersed with artistic performances, was a space for experimenting with new democratic forms. At the crossroads of the fictional and radical forms of design, the experience set challenges for users in return for making the space available, in a squat-like atmosphere. Pennaneac’h notes that this experiment was viewed from a distance and with amusement as a rather illegitimate undertaking – its political inauguration was thus made on the last day of the biennial. In this last part of his talk, Pennaneac’h also illustrates his point with the TramFret project in Saint-Etienne and the B.A.T project, developed jointly by Mirage, Erasmus and Tubà.

By way of conclusion, Pennaneac’h suggests a few recommendations, among which: practise activism while taking care not to feed on illusions, create shared and free content, give priority to thinking in parallel with action – not only upstream and downstream of it, and ensure that the project is operationally anchored prior to implementation while avoiding constraints – particularly of an institutional nature.