Session 4 – Study of Charlotte Perriand, a politically engaged designer who left her mark on the 20th century 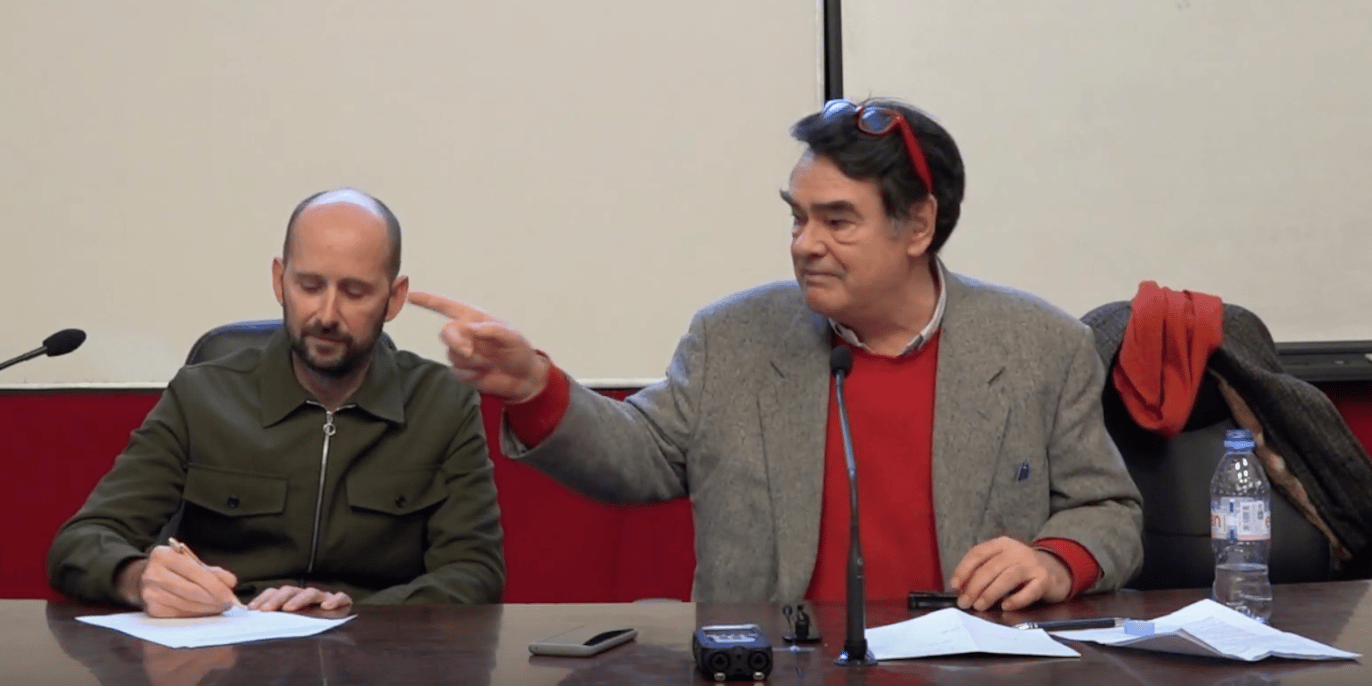 by Jacques Barsac, biographer and expert on Charlotte Perriand, and Antoine Fenoglio, designer and co-founder of Les Sismo.

Jacques Barsac presents Charlotte Perriand as a “leftist woman” who was a socially committed activist.
In his view, her day-to-day political commitment is inseparable from her creative work: in particular, he discusses her desire to create an industrial metal chair frame that could be upholstered depending on the clients’ means. Although the project to democratise the object ultimately failed – sanding the metal welds was in fact too expensive – it was above all the political desire to design an object for everyone that made it possible to consider its shape, leading to aesthetic and material innovations. For Barsac, Perriand’s functionalism was also informed by her political views: her formal asymmetry can be understood both as a rejection of the symmetrical fascist architecture of the 1930s, and as a way of optimising space intended to provide a certain comfort to her clients with more modest means.

Perriand’s work is entirely designed in terms of constraints: in her eyes, as Barsac reminds us, “there is no formula, there are only circumstances at a given moment.” A created object can only be designed for an architectural ensemble—with a given volume and function—and also according to a given budget, with partners, objectives, and within a unique framework of execution. The body of the subject, itself, is for her a formal constraint for the object, considered as the instrument for measuring the object’s dimensions. Materials and their unique economy are also constraints for Perriand, which nevertheless present themselves as new creative perspectives: in 1935, she and Pierre Jeanneret designed the Refuge Tonneau, the first refuge made from aluminium. But although constraints were at the core of her creative approach, the cost of materials, as well as the resistance of customers to changes in use—the spread of open kitchens in 1975, for example, was the result of a struggle against the resistance of users who were reluctant to change—were a barrier to the widespread adoption of the designer’s inventions.

Recalling the architecture of a refuge inspired by a merry-go-round, Barsac insists on Perriand’s taste for the vernacular or common. “The eye must be like a fan”: for Perriand, it is important to pay attention to the most banal things, to learn from them and imbue them with a new dignity. In a television appearance, she once presented the bottom half of a plastic bottle as her favourite vase, demonstrating her preference for recycled materials. She applied vernacular techniques to modern forms, and was opposed to Johnson’s 1932 exhibit at the MOMA that presented rational International Style architecture: she feared the standardisation of the world and the disappearance of local vernacular techniques and economies. Her close relationship with nature was accentuated by the crisis of 1929: what Barsac presented as her “philosophical photographs” illustrate the historical encounter between the “perfect” industrial forms of the 1920s, almost sterile in their purity, and the chaos of the 1930s, raising the question of the disorganisation of the industrial standard—for, and by, life. Finally, Barsac recalls Perriand’s intimate belief that “art is in everything,” meaning in everyone: art is therefore more dependent on a subjective view of the world than on a specifically elitist and material luxury.